The E-450 is scored #69 out of 80 in Entry-Level DSLR cameras & over-all #638 out of 1453 for digital cameras in our list. You should check our Advanced camera finder to find camera ratings based on your personalized requirements.

The following is a diagram of various factors used in the rating system.

The Olympus E-450 is part of a family of cameras. You can see the complete list below.

You can view the E-450 from various angles in the gallery here.

Here is a shortlist of advantages and disadvantages of the Olympus E-450 based on things that are normally considered necessary in a digital camera. The CMOS sensor has 10 megapixels and supports a standard ISO range of 100 - 1600. RAW files are supported which means that the user has more margin for error.

The picture below displays the E-450's sensor size when compared to other popular sizes. The E-450 sensor has a crop factor of 2.1 and is outlined in green. 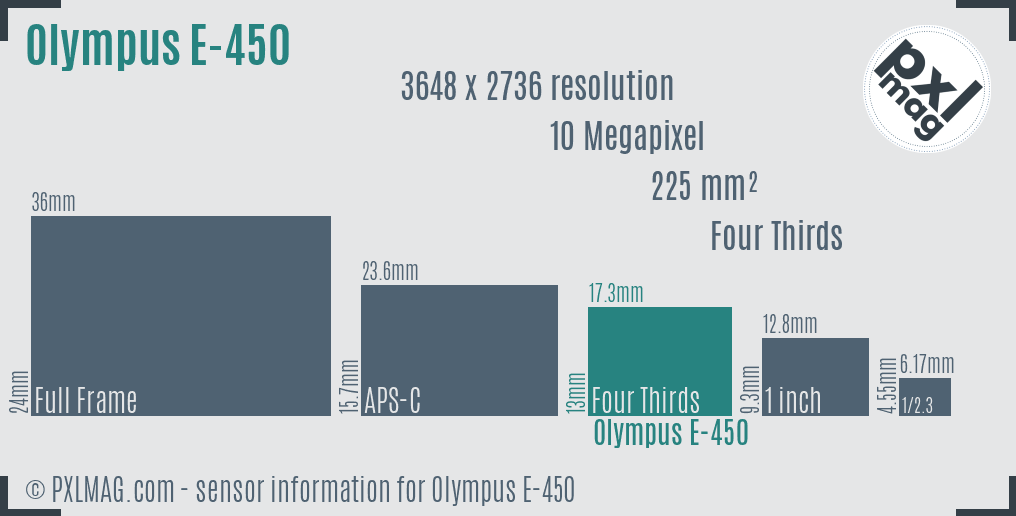 To get an understanding of various aspect ratios, you can refer to the graphic below. 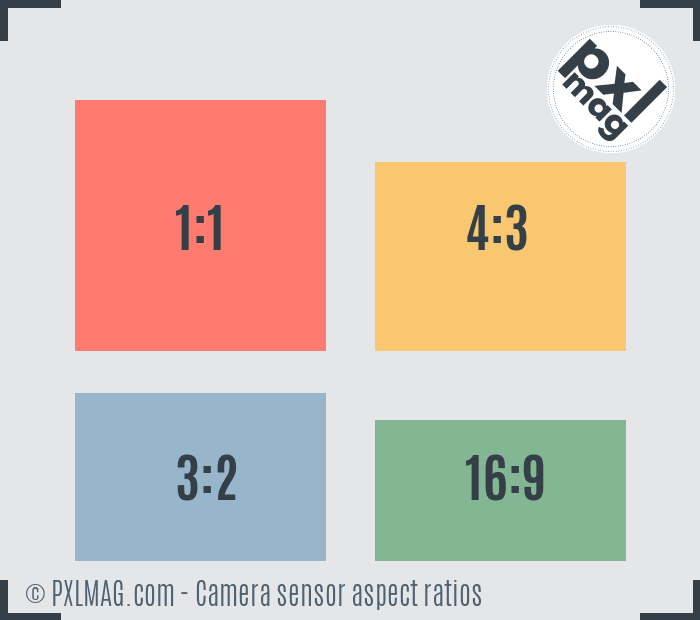 The following is a visual of the Olympus E-450 besides a soft drink so you're able to get a sense of its size. 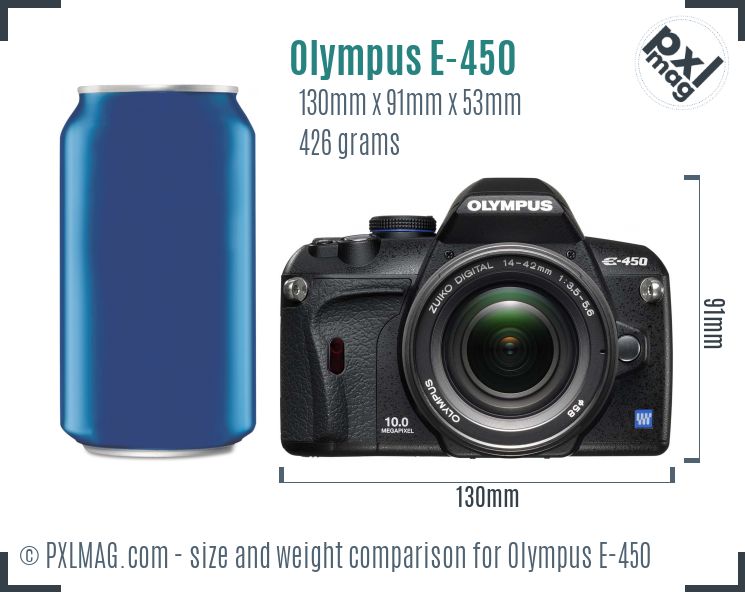 The top view here will show you the button layout on the E-450. 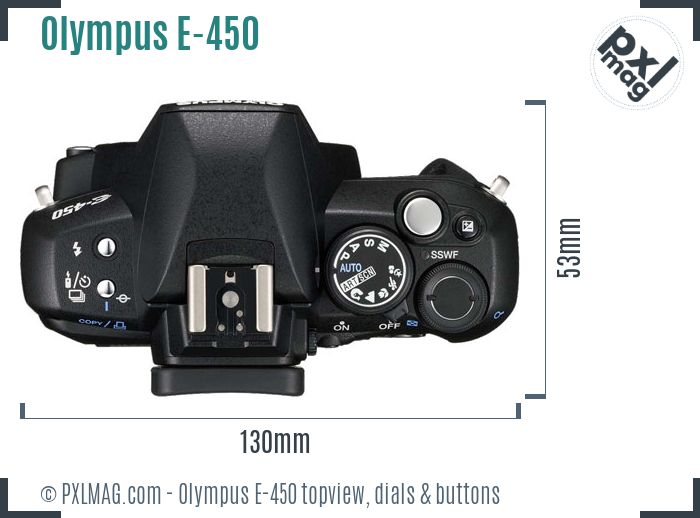 The E-450 works with the Micro Four Thirds mount and has 162 lenses available. Here is a small number of the lenses we have in our collection that will work with the E-450.

The E-450 has the following connectivity:

Digital cameras that come with NFC and Bluetooth compatibility are able to be controlled wirelessly via smartphones. You will be able to send images and sometimes adjust settings without the hassle of connecting directly with the camera.

A few apps also enable a Liveview and hit the shutter whenever you are not near the camera. If the camera includes a HDMI port, it can easily be connected to an external display. A lot of cameras will allow you to recharge the battery pack using the USB port.

Olympus E-450 does not record video. In case you are searching for a digital camera to shoot just photos, it might not be a problem.

There is no environment sealing for the Olympus E-450 so you have to be careful in rainy or dusty conditions.

Please note that the display has no touch support. 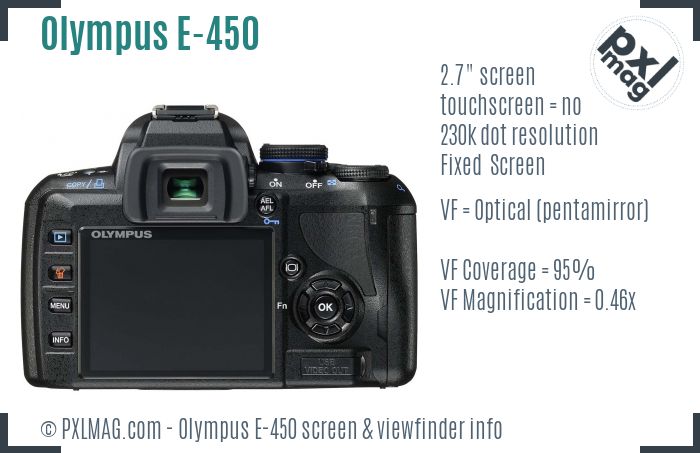 The ViewFinder specs for Olympus E-450 are as follows:

Viewfinders can be quite beneficial for bright outdoor conditions which might make the camera screen washed out and hard to see.

The Sensor boasts 3 focus points to pick from. Olympus E-450 comes with manual focusing in case it is needed for low light conditions or you need to have more precise focusing control.

The battery pack for the Olympus E-450 is built to last for 500 clicks as per the CIPA measurements making it lower as compared to it's competition. The usual Entry-Level DSLR camera battery life is 589. Pentax K-x has the maximum (1900) battery life for this category of cameras.

Underneath is a collection of Entry-Level DSLR cameras that come with the strongest battery life:

The following bar chart provides a summary of the Olympus E-450 for various types of photography. To find out more, visit the specific paragraph below.

The Olympus E-450 has a score of 57 which is moderate, meaning that it is somewhat adequate for portrait images. Photographing portraits favors heavily to sensor specs, support for RAW files and capability to utilize off-camera lighting.

Portability is really critical when choosing a travel camera. All round, the Olympus E-450 gets a average 53 as a travelling camera which is somewhat suited for your holidays.

If you're planning to pick a digital camera for landscape photos, the most important factor will be image quality. The Olympus E-450 at it's modest score of 48 for a landscape camera is relatively suitable in the current marketplace.

A camera for vlogging should posses a moving display screen, mic input and preferably IBIS. Taking everything in to account, the Olympus E-450 is just not suitable as a vlog camera as it delivers a terrible rating of 9.

If you want replacements to the E-450, below is a list of the top placed cameras that fall within the category of Entry-Level DSLR.

The chart down below shows you a bird's eye view of the E-450 compared to it's highest ranking rivals suggested earlier.

Following are additional cameras you may check out as alternatives. To read through a thorough comparison, click the "compare" link.